How to Build an Underground Bunker for Survival

Disclosure: Links in this post may be to our affiliates; sales through affiliate links may benefit this site. Please help support 'I Know The Barman' by using the links provided.

It won’t cost you anything extra.

Did you know that Cleveland has an underground bunker which can fit the entire city population should a nuclear emergency occur? Many people don’t know this, even people living right above the bunker. It’s the same in Detroit and Houston where bunkers have been created from old salt mines. Every state in the USA has at least 5 natural nuclear bunkers like these mentioned, but you probably don’t know about it.

Now that you do, hopefully you won’t need to use one but at least you are aware they exist. But wouldn’t it be even better to have your own fully stocked bunker of your own, in your backyard! Well you can, it’s achievable to us all with a little know-how.

Having a hideaway bunker that can withstand hurricanes, floods, civil unrest, looters, famines, terrorist attacks, radiation fallout or any other disasters you can think of, is an ideal solution to many of these problems. However, the issues associated with creating a bunker is time, energy, cost and other restrictions. 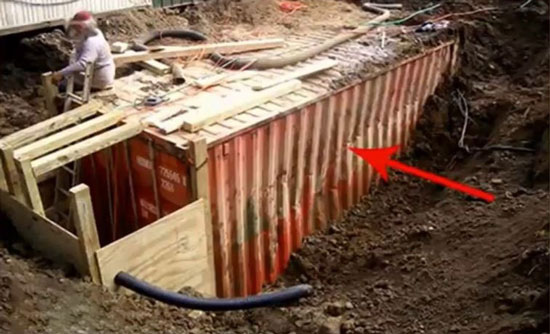 Many folks have tried creating a bunker from old shipping containers. This is not the best option as the strongest part of the shipping container is the corners. This is also where the fixing points are for stacking the containers. However, the sides are not strong enough to cope with compacted soil pushed up- against it. Often the sides collapse in, which leaves you with a load of metal in a whole, in your back yard.

There is a much better way which can be traced back to war times. The Vietnamese used to build bunkers to withstand American bombs, but they didn’t have the resources we have today. But they were so effective, it’s estimated that for every 100 bombs dropped, there was only one fatality! So, we know how durable the shelters were and we need to apply that knowledge ourselves.

Do you know that only 3% of people in the US prepare themselves for a disaster by building an underground bunker? You can be one of them and we’ll show you how.

Wouldn’t you like to be able to store dry food goods, candles, water bottles, medical supplies and ammunition. Building a shelter like the one we’re about to advise could keep you alive for months without any help from the outside world. A bunker is a perfect place to keep all your harvest from spoiling. These shelters are also whether proof, so you won’t have to concern yourself with damp or leaks.

Just like the Vietnamese, you can build a shelter incredibly quickly and it will blend into the natural environment and is incredibly resilient to outside destruction. But unlike a Viet Cong bunker, it considers the American war bunker attributes along with your grandparent’s shelter traditions. You’ll end up with an all-encompassing self-contained bunker, built using the Viet Cong building methods.

Can you believe the inventor of the 150-square-foot bunker (although he used intelligence from his neighbour) only took him 4 days to build and cost $421? That’s quite a feat for the amount of space it provides.

==>Show Me How to Build an Underground Bunker<==

You’ll learn how to complete a 150-square-foot cellar in the quickest time possible with contestant, unlimited help from videos, instructions and plans until you’ve finished your project. Can you imagine a place in your back yard where you’d like an old-fashioned root cellar? You can have it up and running in under 1 week.

You’ll be able to store fresh, healthy food for your whole family underground, which is cooler, so there’s no need for refrigeration.

And your concealed bunker can come in handy for disastrous situation such as an attack. It’s not much comfort watching your house burgled, but you will have the benefit of watching from your secure bunker. This will also be beneficial for giving evidence of the crime. 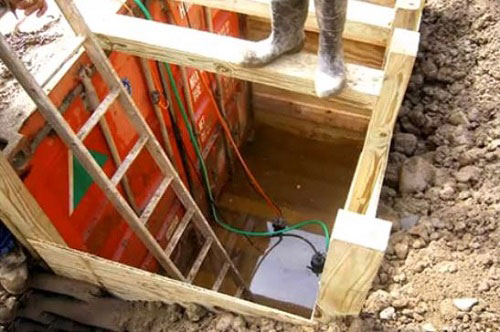 But a more likely scenario is a tornado or major storm. This is where you’ll find that the shelter is an ideal security haven to wait out a great storm. Just make sure you have a few beers to keep you from drying out! If your house does get torn down in the tornado, you’ll have 150-square-feet to keep the family in, which is better than going to the local school shelter with thousands of others.

You will also get instructions of what are the best ingredients to store in your cellar that will allow you to survive for 3 months. Some foods store better in a cellar like this so make sure you take note of this.

You will also learn how to create an odourless toilet and workable sink in less than 1 hour. And of course, as there’s no electricity, don’t forget to put a radio in your bunker.

There’s also secret to storing large quantities of water, this is all included in the course.

What I really love about this shelter is that the entrance is extremely hard to find. You’ll only know about it if told. So, intruders will have no idea how to get in. Bunkers like this are also better with a ventilation system and the one used can filter out radiation particles. In fact, it filters anything a professional nuclear-biological-chemical filter would.

Included in the course is a step-by-step system to survive after a nuclear blast and when it’s safe to return to the outdoors. His is approximately 49 hours for small amounts of exposure, considerable amounts of time are fine after about 1 month. More will all be revealed in the course. Another great idea is to keep crucial information such as the included information ‘15 remedies for radiation’ in your bunker. 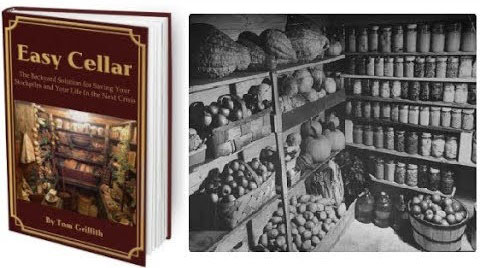 The inventor has tried to combine an old-fashioned root cellar and bunker into the one shelter for minimal cost, and he’s succeeded with this. You’ll appreciate the written instructions, in depth details and step-by-step video tutorials which will help you until you’ve completed your bunker.

And how would you like a map of all the bunkers throughout the USA. This is also included in the $37 cost of the self-contained bunker course, as is ongoing quality support and assistance along the way.

So, if you think it’s worth having your own shelter in your own back yard to feel safer for when those unexpected disaster events occur, then prepare yourself with survival knowledge and an inexpensive underground shelter. It would be so much more beneficial than spending 50K on a bunker that some companies are trying to charge.

It’s got to be more beneficial for all of us to be more self sufficient with ideas like this, as we can’t always count on the government. So, if you’d like to learn how to build an underground bunker for survival purposes, click the link below.

Show Me How to Build an Underground Bunker

Why Do Men Blush and What to do About it?
How to Blog About Beer and Profit Large in 6 Months
Why do Men Have Beards in 2021

Data found will be sent to your email address and allow you to put in an additional request to have the data anonymizid.